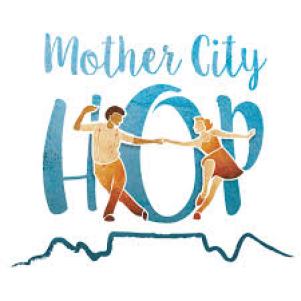 We’ve been known to evangelize from time to time on the fantastic availability of inspiration along the entire spectrum of art forms and media.  This month, our inspiration is coming from the performing arts segment of the spectrum in the form of some swingingly syncopated song and dance.  We are speaking, of course, of jazz.  Coming off of two back-to-back celebrations of jazz in the Mother City Hop swing dance festival and the Cape Town International Jazz Festival, we feel the tone has been set for our April workshop and it is decidedly blue.  Specifically, the shade of blue that recalls one of the richest creative eras for jazz in modern history: the Harlem Renaissance.

In the same way that we could spend months deriving inspiration from the expansive genre that is jazz, so too could we dedicate workshop after workshop to the literature, poetry, dance, music, and philosophy of the Harlem Renaissance, the African-American intellectual movement that emerged in New York City after World War I. 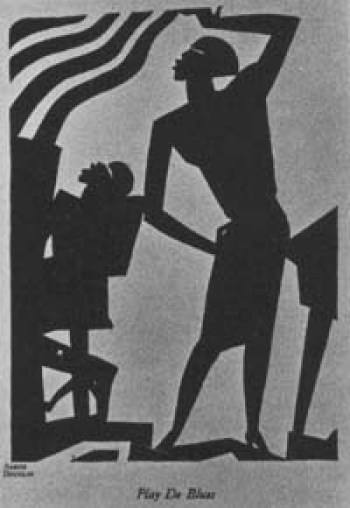 The historic significance of this epoch in American cultural evolution cannot be overstated: as the artists and intellectuals at the center of the movement told the story of the African-American struggle for freedom and advocated for equality, they produced some of the most sobering, controversial, and insightful commentary on the human experience in the modern world.  What’s more, they laid the foundations for much of the discussion around societal progress in future decades with the Civil Rights movements of the 60s and the social justice movements of today.  Their commentary came in the form of illustrious language, stirring imagery (like the work of Aaron Douglas, seen left), soulful song, and resonating rhythms that continue to enrich our lives a century on as both art and manifesto. 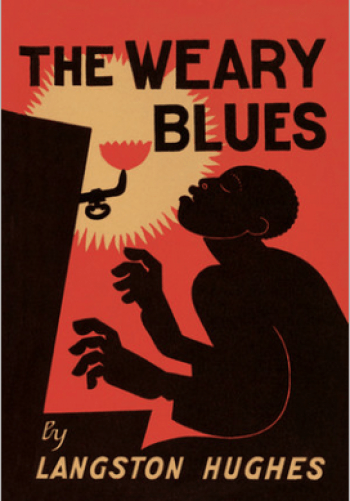 Indeed, the relevance of Harlem Renaissance art in our modern socio-political context has been mounting in force over the past five years.  As people around the world, to include the same American subjects of Harlem Renaissance discussion, grapple with the single biggest threat to humanity in inequality, the work of such prolific writers as James Baldwin and Langston Hughes have rung true as testaments to the evil of oppression, the strength of the human spirit, and the power of art to transcend.  Hughes’s “The Weary Blues” grants a perfect insight into this world–click on the image to read the eponymous poem. So too do the great jazz artists of the time—Billie Holiday, Louis Armstrong, Duke Ellington (pictured left with his band)—continue to move us, offering catharsis for our pain as well as a promise of joy to come.  This is the lows of the blues and the highs of swing.

First with the lows, the dark side, the blues.  It is, after all, at the core of our theme for the month as it is at the core of jazz.  It is impossible to separate the blues as an art form from its source material—that is the oppression of black people in a post-slavery, Jim-Crowe, pre-Civil Rights Movement America.  Segregation, inequality, and economic struggle were the stuff that the blues were made of.  It is said that all meaningful art is born of suffering, which is fundamental to the human experience.  Well, the blues artists of the 1920s built an entire musical genre to give shape, sound, and feel to that suffering.

But jazz as a genre is an ever-lengthening tapestry of instrumentation, expression, nuance, and invention, begun centuries ago with the percussive rhythms of African musicians, passed down through slave spirituals in foreign lands, and carried forward today in the broad portfolio of jazz from musicians around the world. 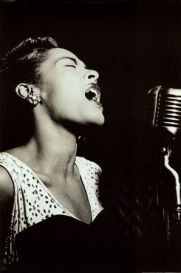 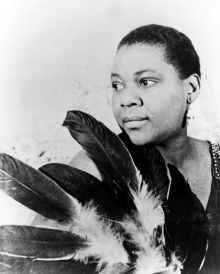 The blues represent just one segment of the jazz tapestry, albeit an immensely influential segment.  As the blues musician Willie Dixon famously said, “the blues is the roots and the rest is the fruits.”  We can thank them for Motown, soul, R&B, a good chunk of country music, bluegrass, rock n roll, most pop music, hip-hop, rap, and almost anything else in modern music that’s any good.  We, of course, will be exploring the sounds and shapes of the genre during our workshop with the likes of Billie Holiday, Bessie Smith, and Fats Waller (click their pictures above for a sample), among others.

The blues is the roots and the rest is the fruits.

But when jazz artists of the early 20th Century weren’t getting low, they were getting…ahem…high.  We are talking about swing, the hoppin, jivin alter ego of the blues.  If the blues were about reflecting on the pain, swing was about forgetting the pain for awhile to live a little.  And it’s impossible to talk about the swing genre without talking about the dance that accompanied it: the Lindy Hop.  You may know it as the Jitterbug, East Coast swing, the jive, or plain old swing dancing.

As a dance, Lindy Hop mirrors its musical counterpart in every sense: its roots sit firmly in traditional African dance, as a result it is entirely built on rhythms, its current form reflects a series of dances that came before (Charleston, tap, black bottom), and it is the grandfather of many contemporary dances we know today, in rock n roll and hip hop especially.  At the time of its birth in 1927 Harlem, it played a crucial role in both jazz and  Harlem Renaissance history. 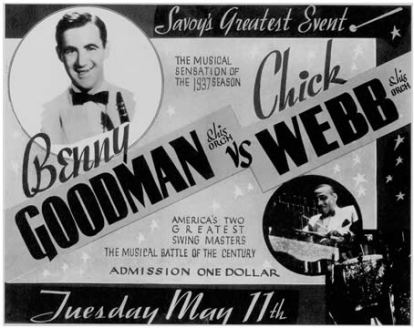 Picture it: Harlem’s Savoy Ballroom, host to the greatest swing bands of the day led by Chick Webb, Count Basie, Benny Goodman, and home of the hottest Lindy Hoppers in town.  Unlike up-market contemporaries such as the Cotton Club who specialized in shows that featured black performers in degrading minstrelsy roles for the entertainment of exclusively white patrons, the Savoy was one of the few clubs in town that opened its doors to all and to African Americans from the local Harlem community in particular. People came to the Savoy for the music and the dance, which is to say that they came for the art.  Frankie Manning, the famed Lindy Hopper credited with inventing the first air step (one of those crazy acrobatics that you see in the movies—that was him, see left) was an evangelist for the kind of togetherness and bonding that took place on the Savoy dance floor.  It transcended race, background, profession, and all manner of superficial delineators in the name of the art.  As he put it, “It’s a love affair, between you and your partner and the music.  You feel the music, you feel your partner, she feels you and she feels the music.”

As Frankie or any Lindy Hopper of the time would have told you, the dance was nothing without the music.  The two fed off one another: the dancers getting inspired by the sounds and styles of different bands to improvise new moves and create new performative artworks; the musicians feeling the energy from the dancers and adjusting their sets, songs, timing, and rhythm to match them.  It was Harlem Renaissance inventiveness and boundary-pushing at its finest. These were the highs—the times when people could escape the darker reality of the real world and find solace in music and dance. It is here where the elements of improvisation and change that are so characteristic of jazz start to shine through in both sound and movement.  Here, it is about experimentation, taking chances to create something bigger and better than before.  It’s about evolving, as an artist, as a person, as a community.

In this way, jazz gives us some powerful ideas to consider for our wine painting, and any art endeavor for that matter.  You can expect these ideas to re-appear as fodder for future workshops and blog posts, so heavy are these themes, but they are worth considering in brevity here:

Art as a response to and reflection of dark realities

Art as a force for transformation and unification

We are far from being through with jazz as a source of inspiration, but this is a good place to start.